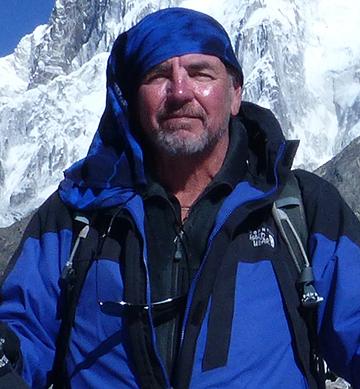 Notes from the Field: Some Recent Geologic and Climate Change Impacts on Nepal’s Glaciers

University of Colorado at Boulder

The Turchin Center for the Visual Arts has kindly opened the Appalachian Mountain Photography Competition exhibit on the second floor following Alton C. Byer's Kickoff Lecture until 7:30 pm. We will enjoy a light reception, and a cash bar will be available.

The presentation Notes from the Field reviews the results of recent research regarding the impacts of three geologic and climate change-related events upon Nepal’s glaciers and glacial lakes, including:

(b) englacial conduit floods from the Lhotse and Khumbu glaciers and

Collectively, the study highlights the importance of conducting integrated field studies of recent catastrophic events as soon as possible after they occur in order to best understand the complexity of their triggering mechanisms, resultant impacts, and risk reduction management options. 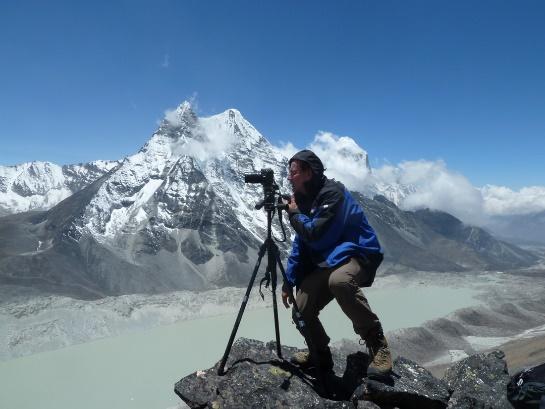 Byers received his Ph.D. in Geography from the University of Colorado at Boulder in 1987, focusing on historical and contemporary landscape change in the Sagarmatha (Mt. Everest) National Park of Nepal. Between 1990 and 2015 he worked for The Mountain Institute (TMI) in a range of capacities that included Environmental Advisor (all programs), Co-Manager of the Makalu-Barun National Park (Nepal), Founder/Director of Andean Programs, Director of Appalachian Programs, and Founder/Director of Research and Exploration Programs. In 2015 he joined the Institute for Arctic and Alpine Research (INSTAAR) at the University of Colorado at Boulder as Senior Research Associate and Faculty. He currently spends between three and six months per year conducting field work in remote mountain regions of Nepal, dividing his remaining time between writing and organic gardening at his home in the Allegheny Mountains of West Virginia. Dr. Byers has published widely on a range of scientific and popular topics related to high mountain environments and people, and is an author and co-editor of Mountain Geography: Human and Physical Dimensions (University of California Press at Berkeley, 2013). His awards include the Sir Edmund Hillary Mountain Legacy Medal; David Brower Award for Conservation; Distinguished Career Award from Association of American Geographers; Ecosystem Stewardship Award from The Nature Conservancy; and an Honorary Lifetime Membership in the Nepal Geographical Society.

Senior Fellow Quote: “I’ve spent my entire life living and working in high mountain regions around the world, from the East African Highlands to the Andes, the Himalayas, Russian Altai, and Appalachians.  I still spend between four and six months each year on high altitude research expeditions in the Himalayas, and can say with confidence that mountain landscapes and societies are changing faster than at any other time in recorded history--and that not all of the changes are good. Climate change, logging, mining, new road construction, globalization, outmigration—all are impacting the mountains and the people that live there in ways that even 20 years ago were unimaginable, much less anticipated. Never before has it been more important to protect, restore, and conserve the world’s mountains, and never before have the community-based, scientifically sound approaches developed by The Mountain Institute  (TMI) been in more need of promotion and replication. As a TMI Senior Fellow, I am committed to doing my part to reduce or eliminate the many threats currently facing our mountain environments and societies, building upon the foundations established by TMI long ago.”